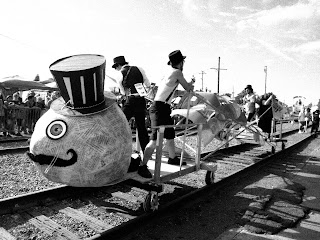 In downtown Santa Rosa, abandoned train tracks slowly deteriorate through a fallow lot adjacent to the bustling Railroad Square historic district. The county has passed a measure to develop a passenger rail system through this area, but due to budget shortfalls, this goal has not been realized. So for over a decade the empty lot just stood still, waiting. Until 2008, when a few locals dreamed up the idea of building early 20th century style handcars and racing them down the tracks. Coupled with a festival featuring victorian/steampunk costumes, local bands, and Burning Man style art pieces, they called this event The Great Handcar Regatta. Now in it's fourth year, Handcar Regatta has become a symbol of art and creativity in Santa Rosa.

So yesterday, I yet again dug through my costume bin searching for the perfect regatta outfit and I am quite pleased with what I came up with. P.S. I LOVE dressing in costume. 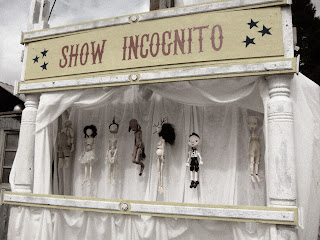 Being that the regatta is one of the biggest social events of the year with thousands of people attending, I had no trouble locating friends. Together we watched uniquely designed handcars race down the tracks, spectated the oddities, and complimented each others outfits. There is a rumor that the passenger rail will begin being built in 2012 so it may be that The Great Handcar Regatta will cease to exist and slowly fade into myth. But I'm going to be optimistic and hope that's not the case! 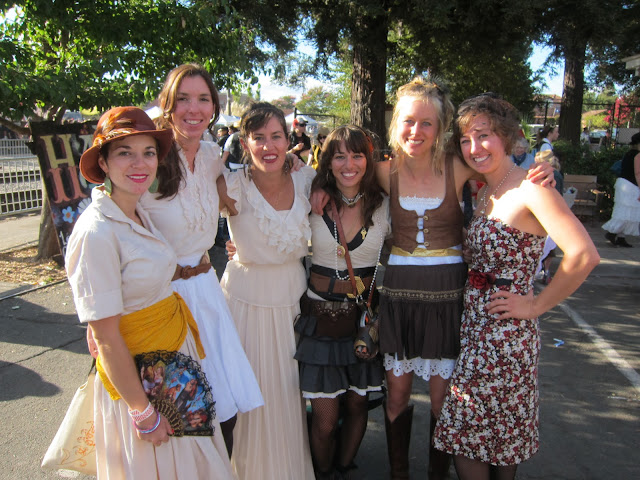