When I was in high school I was OBSESSED with breath mints. I literally went to the student store at least twice a day to buy Mentos. I began frequenting the student store because I had a crush on a boy who worked there. I chose Mentos because I didn't like candy. I eventually grew sick of them and my boy crush stopped working there, so I moved on... to Altoids. At the age of 16 my friend Erin and I came up with a theory that in every tin of Altoids there is ONE Bad-Self-Esteem-Altoid, and when you eat it you feel like crap for the rest of the day.

Today I ate a Bad Self Esteem Altoid.

I was feeling sad-faced for most of the morning and afternoon, until I got home and saw an email from... The Austrian! The man who I spent a week in Paradise with in Mancora, Peru. The Austrian and I haven't spoken since last October so hearing from him was quite a shock! Curiously enough, immediately after The Austrian and I stopped communicating I started dating Man-Me (my now ex-boyfriend). As of last week Man-Me and I are officially off. After months of him messing with my head, I finally shut the door. I'm really sad about it, but as they say: when you shut one door, another one opens.

In the spirit of trying to open new doors, this week I began online dating again. So far: Nothing. I think it's because I was extremely transparent about the type of lifestyle I want to lead (vagrant) and most dudes aren't down for that. Strangely enough, OkCupid (the dating site) told me that my best matches are located in Austria! I scoffed. No kidding, Sherlock. Go figure.

Today as I read The Austrian's email I felt a flood of excitement! He reminisced on Paradise and talked about how he was incorporating equanimity in his new life. Nothing is hotter than a man using the word "equanimity" when English is his second language! He stated that he will finish his studies in October, at which point he will go traveling again... and he alluded that he would join me! (of course, he still thinks I'm headed to India... but still).

Are these signs that I need to go find The Austrian? "The Alchemist" - my favorite book - tells us that if we stop acknowledging omens, they will cease to appear. Is this all a sign that I'm supposed to be with The Austrian? Is it possible that I closed the door on Man-Me to reopen a door for The Austrian? I wonder....

Maybe I didn't take that German class for nothing... 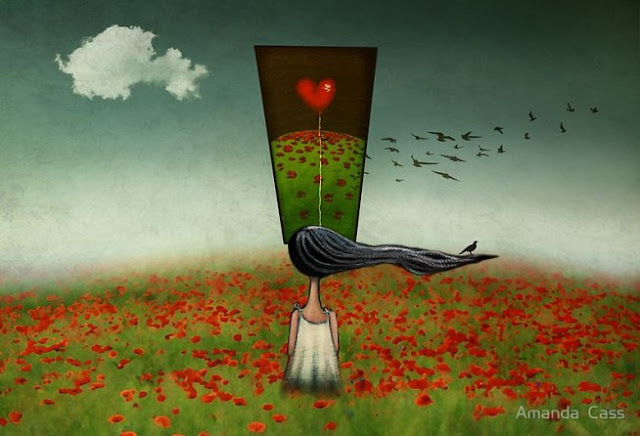